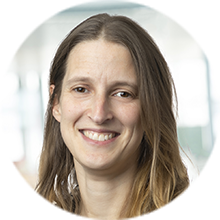 
Marie is ATOZ's Knowledge Director, having joined the firm in 2017.

Marie has worked as a tax lawyer for over 10 years, qualified as a Belgian lawyer on the Brussels Bar in 2008 and was admitted to practice in Luxembourg by the Luxembourg Bar in 2013, practicing until 2017.

Over the years, Marie has gained extensive experience in Luxembourg, Belgian and international tax law, both in advisory and litigation. She was notably involved in international tax projects focusing on the private equity sector, mergers & acquisitions and on high-net-wealth individuals.

Marie is the author of numerous articles on tax-related topics published in various legal journals, including the Revue Générale de Fiscalité and the Journal de Droit Fiscal. She has regularly spoken at various legal and financial colloquiums.

She speaks French and English.